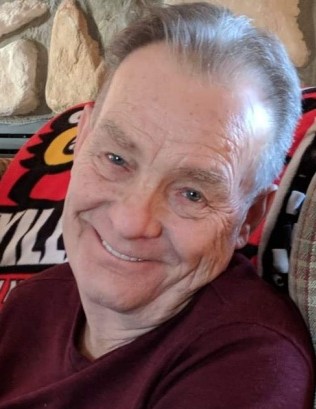 William E. Greenwell, 72, passed away on September 12, 2021 at the VA Medical Center in Louisville.  He was born on August 11, 1949 in Louisville, Kentucky, the son of the late ­­­­­­­Joseph Kirby and Cresie Greenwell.  William was a proud Veteran of the United States Army and a member of St. Paul Catholic Church.  He is survived by his daughters, Jessica Lynne Greenwell and Ashleigh Drury, brothers, Yogi, Ronnie and Joe Greenwell, sisters, Dorothy, Barbara and Hallie, grandson, Brandon, nieces, Cathy Greenwell and Brynda, nephew, John Kenealy, and great-children, Ariel and Landon. He is preceded in death by his loving wife, Mary Ann Greenwell.  Reception gathering will be held on September 26, 2021 at 1:00 pm, at St. Paul Catholic Church in Hilary Hall.  Funeral mass will be held at 11:00 am, at St. Paul Catholic Church, on October 2, 2021.

To order memorial trees or send flowers to the family in memory of William Greenwell, please visit our flower store.