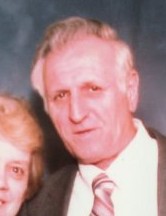 Thomas “Tom” Quiggins, 81, loving husband to Janet (Huber) Quiggins, passed away on Wednesday September 11, 2019 at Sts. Mary & Elizabeth Hospital.  He was born to the late James and Elizabeth (Leezer) Quiggins on September 3, 1938 in Louisville, Kentucky.

He is also preceded in death by, step-son Dennis Marcell, two brothers, one sister, and two grandchildren.

Tom was a supervisor for Nibco, Inc., he was an avid bowler, loved to work in the yard, and was a huge UL fan.

Besides his wife of 19 years, he is survived by children, Lori Marcell, Tim Quiggins (Terri), Theresa Marcell, Robin Dezarn, step-children, Larry Marcell, Garry Marcell (Christina), Sandy Conatser, Kevin Marcell, and Gail Schultz.   He will also be missed by 16 grandchildren, several great-grandchildren and the mother of his children, Carol Quiggins.

Funeral services will be held Monday at 1:00 pm at Louisville Memorial Gardens Funeral Home, 4400 Dixie Highway.  Visitation will be Sunday from 2:00 till 7:00 pm at the funeral home.

To order memorial trees or send flowers to the family in memory of Thomas "Tom" Quiggins, please visit our flower store.