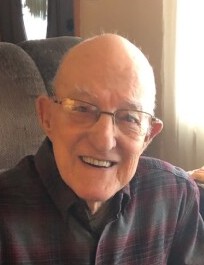 Thomas G. Hazel, 89, loving husband to Barbara (Hall) Hazel, passed away at home surrounded by family, on Monday April 26, 2021.  He was born to the late Melvin and Lillian (Cain) Hazel on July 16, 1931 in Louisville.  He is also preceded in death by three siblings.

Tom retired from Canteen and was a member of Morningside Baptist Church.  He was an Air Force veteran and served during the Korean Conflict.

The family would like to thank the Hosparus staff, especially Erin for the excellent care given.

A celebration of Tom’s life will be held at a later date.

To order memorial trees or send flowers to the family in memory of Thomas Hazel, please visit our flower store.