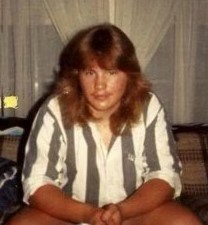 Preceding Daniel in death was his mother, Janice Holub Turner; his grandparents, Frank and Lilian Turner; and his uncle, Frank Turner.

Daniel was a 1991 Southern High School graduate.  He was an avid animal lover.  Daniel was a collector of movie memorabilia, mostly horror movies and Universal monsters.  He loved watching sports, especially watching Derek Jeter when he played for the New York Yankees, Dallas Cowboys football and UK basketball.

Daniels family requests that donations be made in his memory to the Kentucky Humane Society, 1000 Lyndon Lane Suite B Louisville, Kentucky 40222, instead of floral gifts.

A memorial gathering to celebrate Daniels life will be on Saturday, July 16, 2022 from 11AM until 1PM at Louisville Memorial Gardens Funeral Home West, 4400 Dixie Highway.

To order memorial trees or send flowers to the family in memory of Daniel Turner, please visit our flower store.