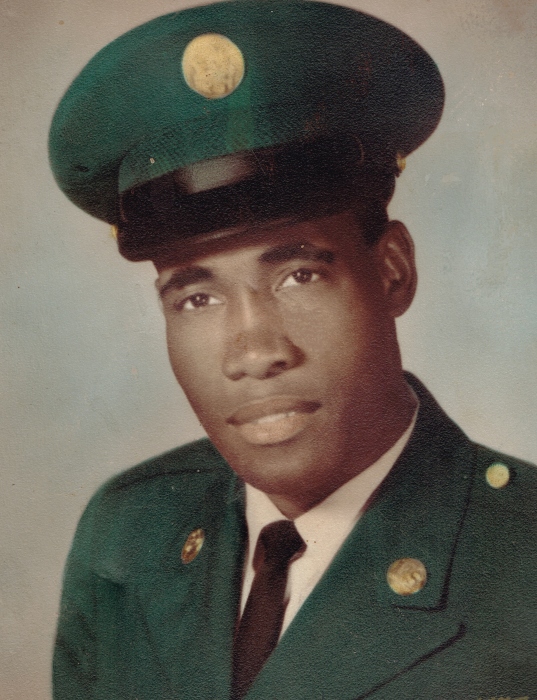 Clifton Eugene Hunter, Sr., 79, loving husband to Donna (Allen) Hunter, passed away on August 16, 2020 in Louisville. He was born to the late Cornelius “Granddaddy Dutch” and Mary (Wells) “Momma Mitt” in Ekron, Kentucky on July 21, 1941. Clifton was an Army veteran serving in Vietnam as a sergeant in the 4th Infantry.  While in Vietnam, he had the privilege of serving as color guard for President Lyndon Johnson and had the honor of shaking his hand.Clifton worked in the Arms Warehouse as foreman in Fort Knox and retired after 33 years of service.  He was presented the Volunteer of the Year award for his work at the YMCA in 2004.   And he was a member of American Legion Post # 287.He loved his family and served as a father figure and mentored many of his extended family.  He was very proud of his military service and he loved his job at Fort Knox.Besides his wife of nearly 57 years he is survived by his children, Angela Donita Hunter, Melissa Thomas (Kelvin), Karen Denise Hunter, and Clifton Eugene Hunter, Jr., and his sister Carly Jo Stubbs.  He will also be missed by grandchildren, Christopher Eugene “Gene” Thomas, Matthew-Scott Thomas, Ahyauna Ellis, Kelli Ellis, Clifton Hunter III, Amesha Hunter, Autumn Hunter, Keira Goff, Kary Goff, Jr., Mondae “Beverly” Azrael, Kelsey Goff, and Kamron Goff along with 7 great-grandchildren, Aerial Click, Shawnchez Curry, Kamren Swain, Jameco English, Makenzi Hawkins, Christopher Gordon, Jr., and Korri Gordon.

To order memorial trees or send flowers to the family in memory of Clifton Hunter Sr., please visit our flower store.