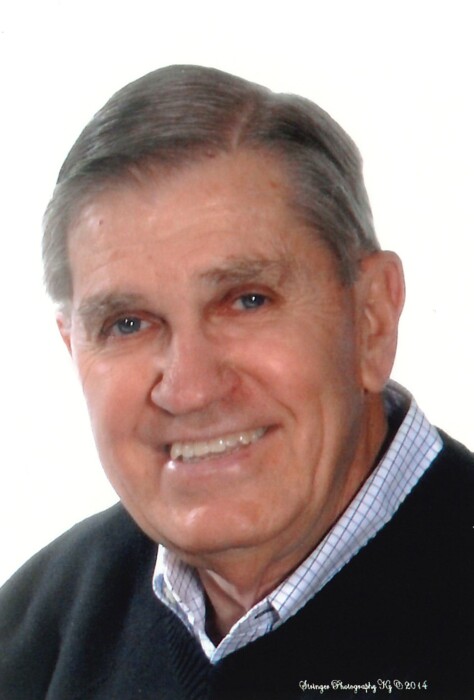 Charles Raymond “Chuck” Buschman, 83, of Smithfield, Kentucky passed away on December 1, 2021 at his home with his wife by his side. Chuck was a selfless man that was very devoted to his family. He had a successful career as a mechanical engineer for many years. Chuck was an avid golfer, a model railroader and little league coach. He was a parishioner at Immaculate Conception Church in La Grange. Chuck is survived by his loving wife of 32 years, Kathy Buschman; his children, Michael (Barbara) Buschman, David (Trina) Buschman, Traci B. Smith, Shawn Scott and Aaron (Lorna) Scott; grandchildren, Christopher Hetzel, Bradley Buschman, Eric Buschman, Rachael Buschman, Sam Buschman, Trey Smith, Corporal Eric Scott, PFC Zachary Scott, Brianna Scott, Jaxon Smith, Elijah Scott and Kaylee Scott. A special thanks to Michael Young, caregiver and Hosparus for their support. Visitation will be held on Wednesday, December 8, 2021 from 4 – 8 pm at Louisville Memorial Gardens West Funeral Home, 4400 Dixie Hwy, Louisville, KY 40216. Additional visitation will be held on Thursday, December 9th from 11 am until the Funeral Service at 12 pm, all at the funeral home. Memorial donations may be made in Chuck’s name to the Alzheimer’s Association or Hosparus Health.

To order memorial trees or send flowers to the family in memory of Charles Buschman, please visit our flower store.