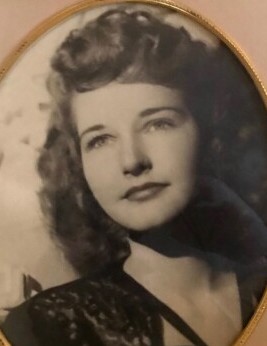 Louisville – Passed away peacefully on October 2, 2021 at the age of 96. Catherine is survived by her children, Donna (Mark) Graham, Hal Von Sick, Elizabeth (Jeff) McCoy, Cathy Moore, Angela (Terry) Haycraft, Denise (Jay) Mitchell; daughter-in-law, Pat Von Sick; 11 grandchildren; 19 great-grandchildren; 3 great-great grandchildren and her sister, Dottie Passanise. She was preceded in death by her husband of 45 years, Dr. William J. Von Sick, Jr.; her son, Dr. William J. Von Sick, III; granddaughter, Ashlee Moore and grandson, Hal Von Sick Jr. Catherine was a loving mom and grandma that cherished her family. She enjoyed playing bingo and was an avid bowler, which she did until she was 93 years old. A Visitation will be held on Thursday, October 7, 2021 from 11 am until the Funeral Service at 1 pm, all at Louisville Memorial Gardens West Funeral Home. Memorial donations may be made in Catherine’s name to American Diabetes Association.

To order memorial trees or send flowers to the family in memory of Catherine Von Sick, please visit our flower store.