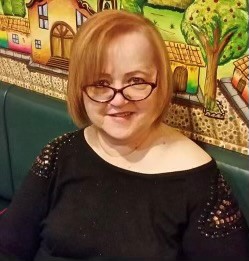 Avie was married to Wallace Eadens, and they recently just celebrated their 50th anniversary.

She was preceded in death by her parents, her sister, Eva Langehs; and her sisters-in-law, Sylvia Penn and Nora Davisson.

Left to cherish the memories of Avie’s life are her loving husband, Wallace Eadens; her son, Paul Eadens; her daughter, Dawn (John) Rightenour; her brothers, Frank Davisson and Thomas Davisson; along with lots of cousins and nieces and nephews.

Avie was one of the best people you would ever meet and showed enormous love for her family.  She was a retiree of both BellSouth and LG&E where she worked as an administrative assistant.  Avie loved to play BINGO and enjoyed going to the casino.  She loved gameshows, Wheel of Fortune being her favorite, and nobody could beat her! Avie had a love for traveling and dinners with her family. Music was an enjoyable part of Avie’s life, mostly from 1950’s and 1960’s, and she created many memories with her family listening to the oldies.

To order memorial trees or send flowers to the family in memory of Avie Eadens, please visit our flower store.