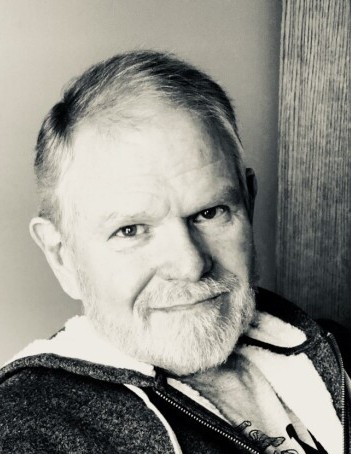 
Ambrose Lee Huffman, known by most as "Lee or Huff", age 72, of New Albany, Indiana passed away peacefully Monday morning Febuary 7th, 2022 in his home. He was born in Louisville, Kentucky on August 11th, 1949 to the late Florence and Ambrose Huffman. He grew up in Louisville where he played football and recieved his high school diploma from Male High School. After highschool he enlisted into the United States Marine Corps where he continued to play football and served his country in the Vietnam War. Upon honorably discharging from the military he enrolled and recieved his diploma to be an electronics Technician. While growing up in Louisville he met the love of his life Ada "Sue" Duvall. They were married on September 7th, 1974. For the next 47 years their life together led them on many adventures which included: starting and running his own business for 35years "Affordable One Security", raising thier three daughters, building a house from the ground up and welcoming their grandivas and grandpuppies into this world. Besides being a local business owner, he was a Marine Veteran who enjoyed playing and watching sports, vacationing, fishing, dancing and spending time with his wife Sue, their family and their friends. He especially loved being a papaw, going on walk walks with his grandivas Abbi, Parker,and Josie, and being with his grandpuppies Harley Quinn and Sam Elliott. He is survived by his loving wife of forty-seven years Ada Sue Huffman, three daughters Amber Kays(Mark), Jenny McCormick(Andy), JaMee Huffman(Paul), three granddaughters Abbi, Parker, Josie, two bonus grandchildren Layla, Keaton, three grandpuppies Harley Quinn, Sam Eliott, Dolly Parton, one brother Charles Huffman(Joyce) numerous nieces, nephews, loving inlaws, and friends. He was proceeded in death by his two sisters Beverly June and Barbara Jean, and his brother Howard Gene. The services will be held at Louisville Memorial Gardens West. 4400 Dixie Hwy, Louisville, Ky 40216 Visitation will be: Thursday Febuary 17th, 2022, from 2p-7p Friday Febuary 18th, 2022, from 10a-1p. Funeral service will be held at 1p in the Chapel Entombment to follow for immediate family only.

To order memorial trees or send flowers to the family in memory of Ambrose Huffman, please visit our flower store.